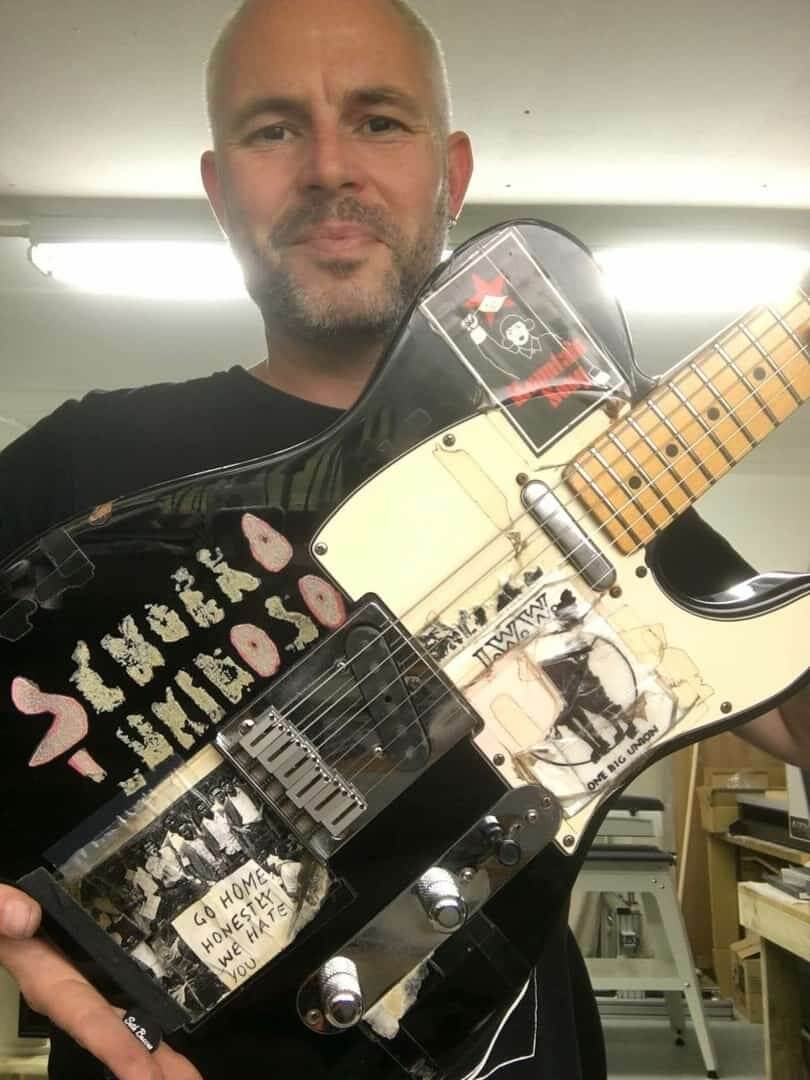 I’ve been meaning to write this blog post for a few months now but I’ve been so busy in the workshop and developing the new website that I’ve not got to it until now!
Last year I was asked by Tom Morello’s right hand man Slim Richardson, if I could do some work on his iconic Sendero Luminoso telecaster. Of course I jumped at the opportunity!

Tom is one my favourite guitar players and one of the most original and inventive players in rock history. He changed the way many of my generation thought about guitar playing. I’d kind of gone straight from my Guns n Roses records to hearing Rage Against The Machine for the first time and thinking WHAT THE HELL is he doing with that guitar!

The Sendero Luminoso has been Tom’s main Drop D guitar his whole career. It’s the guitar he wrote and recorded Rage’s mega hit “Killing in the name” on. He’s used it at every single gig he’s played a Drop D song. 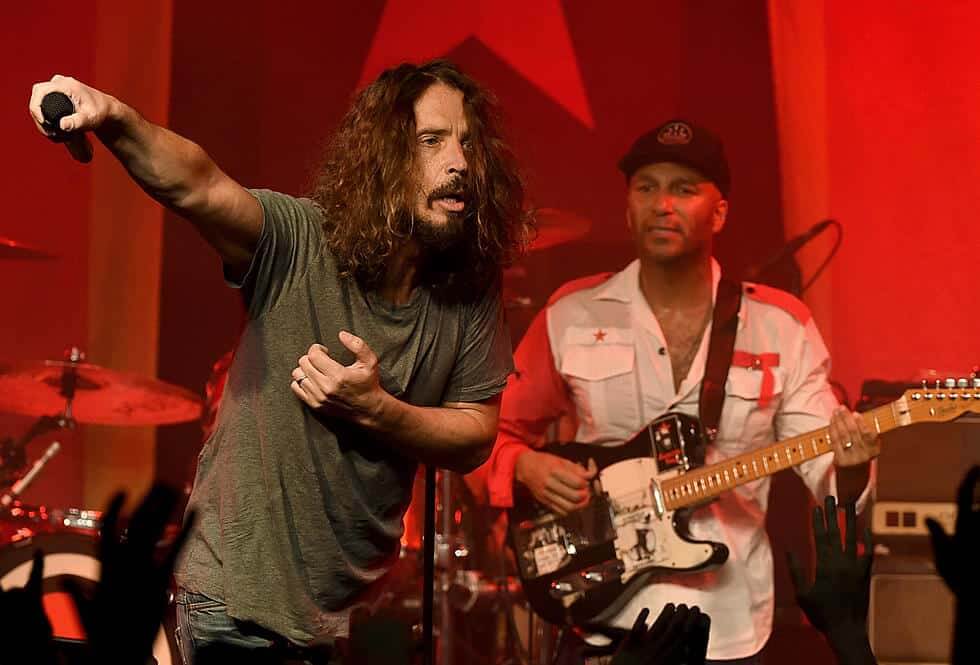 Slim asked me if I could take a look at the fret work and the nut height as the guitar had become a bit buzzy to play in certain positions.
He wasn’t sure if maybe the guitar might need a refret or whether a good fret level and dress might solve the issue so he brought the guitar to my workshop so we could have a proper look at it together.

When a player has owned and used a guitar for so long one of the considerations of any repair work undertaken is to try and keep the familiar feel of the instrument. While also obviously solving any problems.

So for example with Tom’s guitar, after having a good look at it, I knew that I could do a good fret dress for him and not have to refret the guitar which could potentially make it feel pretty different. I’d already decided if it did need a refret I would use a lowish wire so that it wasn’t such a shock to him the next time he picked it up. As you can see in the pictures the frets were quite worn in some very famous riff positions! 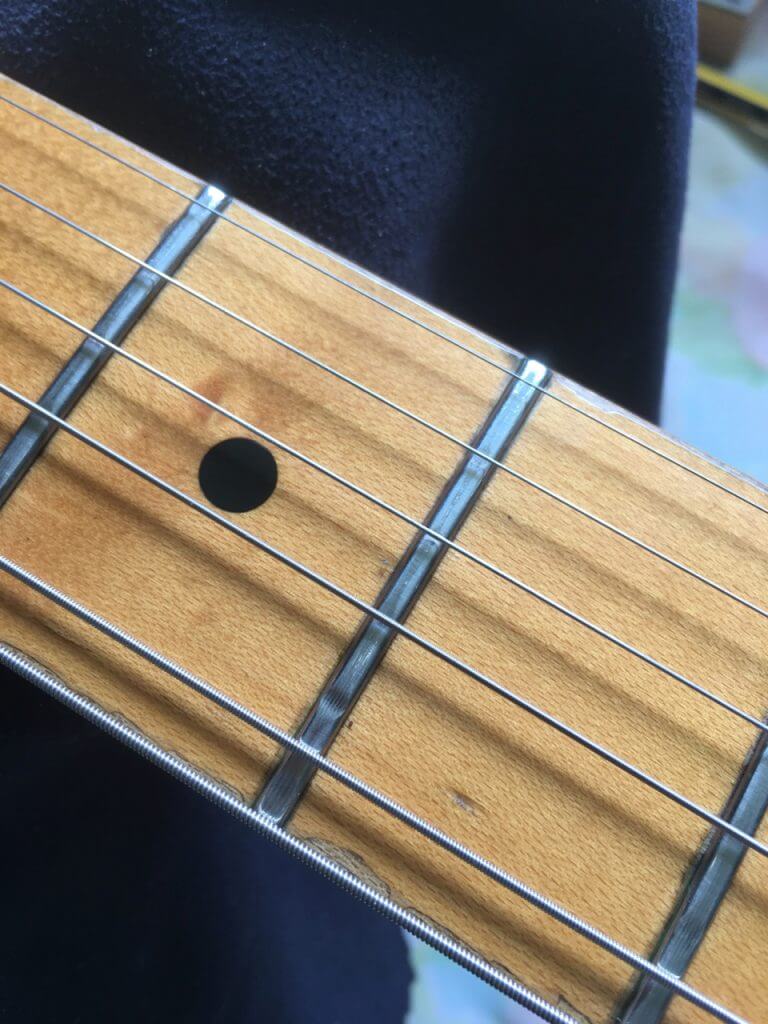 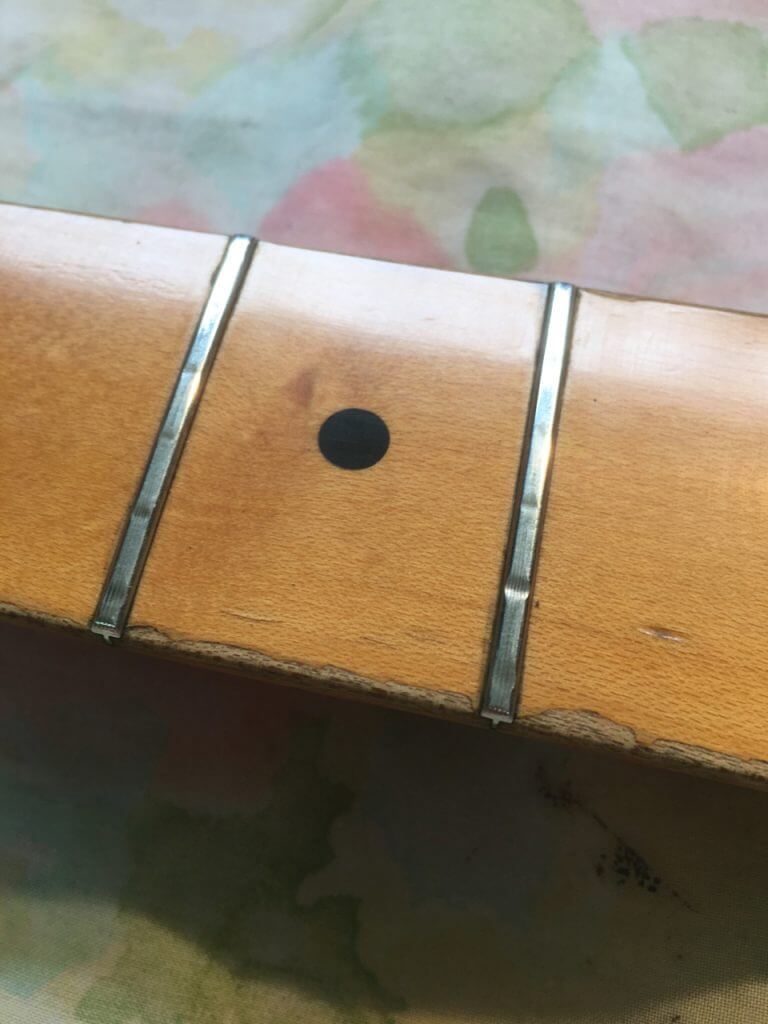 So I set to work on the frets, levelling them and re-crowning them with my diamond fret files. There was enough height left in the frets to be able to get all grooves and wear out, so I could recrown them to a really nice shape. This has multiple benefits to the player, one, there should be no more fret buzz and two the intonation should be much more accurate due to the fret having a clearer speaking point for the string.

After the reshaping with the diamond files, I work my way down through the grades of abrasive until we have a highly polished completely smooth fret. Good fretwork makes such a big difference to how nice a guitar is to play. A well polished fret will let the strings glide over them with no resistance. 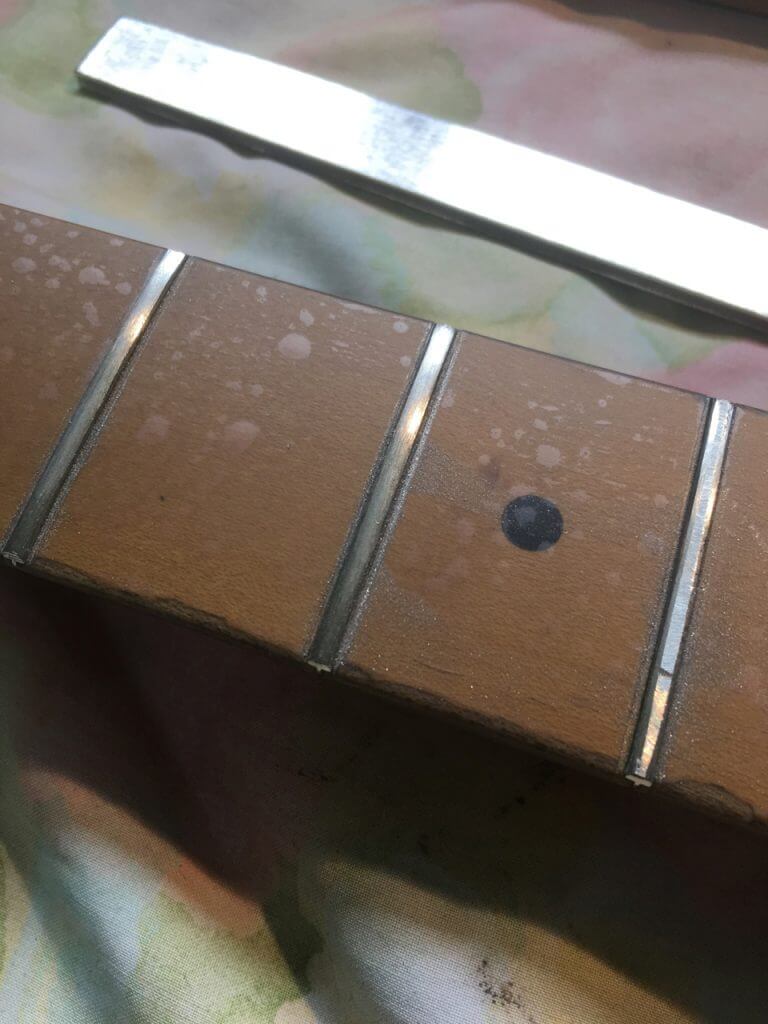 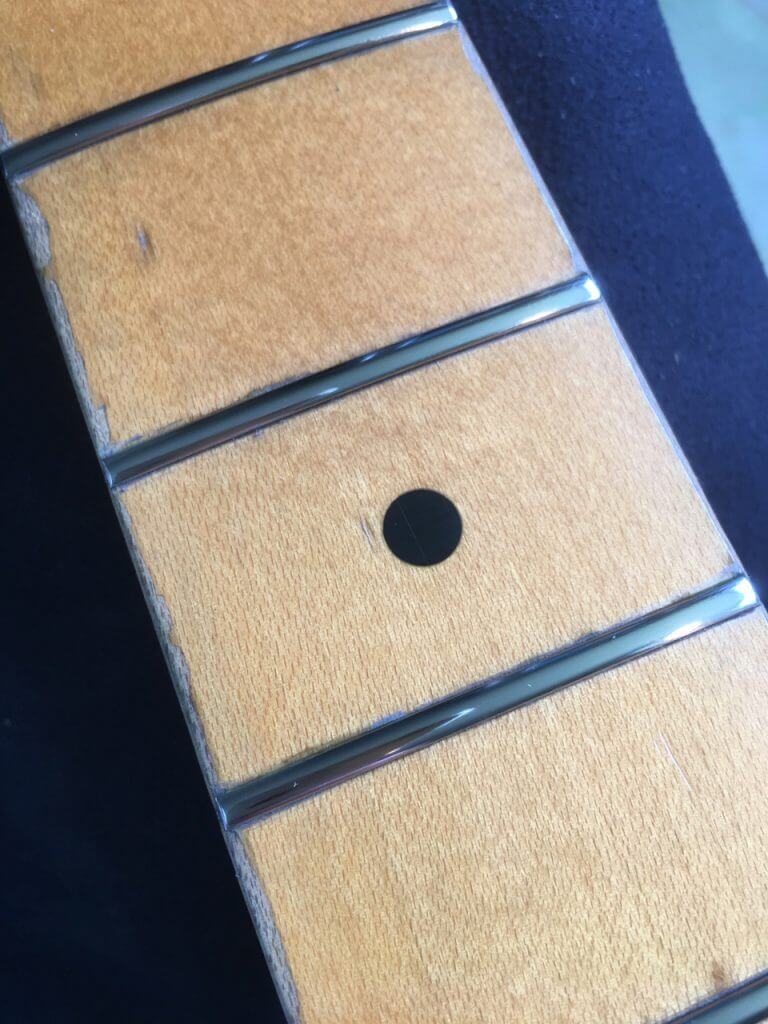 I also replaced the top nut with a new bone nut. The strings had worn the nut slots down too low and the tone and feel would be massively improved with a new nicely cut nut. I use a very high density bone for my nuts, and it is treated with some kind of lubricant which has permeated through the whole bone blank and it means the strings pass very smoothly and freely through the nut slots. This helps a lot with tuning stability.

I’m not much of a good guitar player but I hastily youtubed how to play Killing in the name and man this guitar sounds awesome. It’s sounds exactly how you would imagine. Big, clangy and bright. I absolutely loved it.

What a special opportunity. One of the most iconic and historic guitars I’ve had in my hands. Imagine the sights it’s seen!

Thanks Tom and Slim, it’s been fantastic to see it back out on the road with Tom and slaying stages the world over!